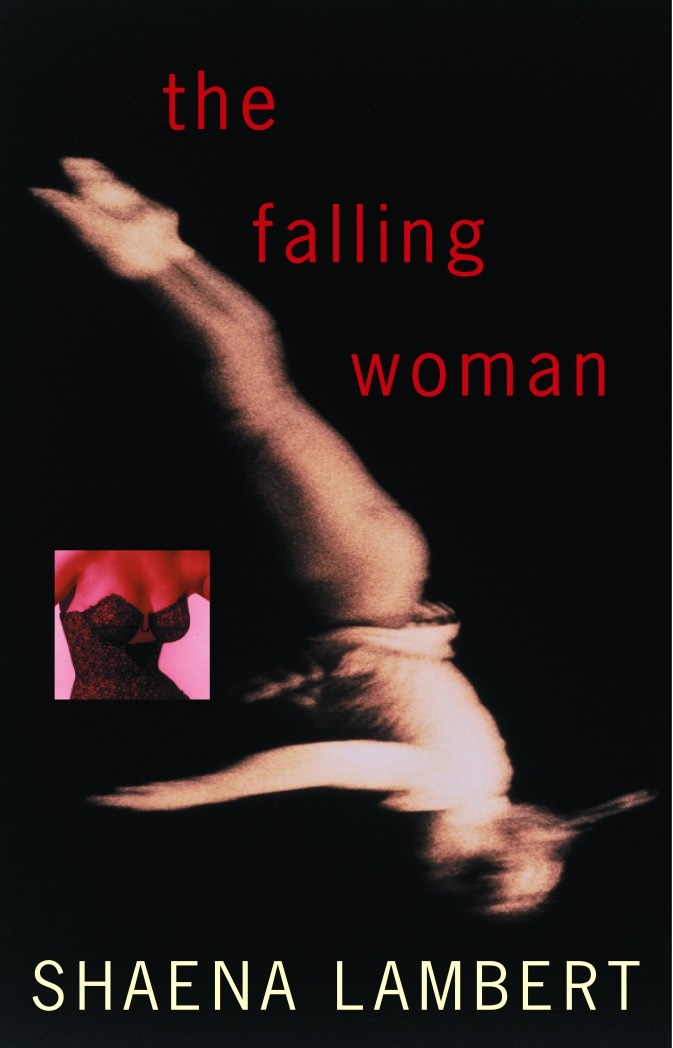 Wise, poignant and brilliantly crafted, The Falling Woman marks the arrival of an exceptional new voice in Canadian fiction. Shaena Lambert’s remarkable short story collection examines the universal themes of love, loss and healing. All ten stories, whether set in the sage-coloured hills of the Okanagan or on the polluted shores of Lake Ontario, loosely circle around an archetypal motif: the falling woman. Never quite fallen – always in transition – she insists on plunging into the forbidden: marching down Main Street topless; seducing married men; exploring the shadowy losses that predate her birth but still manage to stamp her being.Lambert brings the undersurface of relationships to brilliant light. In one story a young eco-feminist wages a battles against ‘patriarchal domination,’ but is powerless to escape the complications of her mother’s grief and love. In another, a middle-aged librarian discovers she secretly desires the same acts of wild, sexual abandon that enraged her when she witnessed them as a child.

Thought-provoking and heart-rending, The Falling Woman resonates long after the book has closed and is a collection to read again and again.

–From the Vintage Canada book jacket

Selected as a “Best Book of the Year” by the Globe and Mail.

Finalist for the Danuta Gleed Award.

“All the stories are told in a clear, understated prose that never hits a false note. Lambert’s stories are notable as well for the extent to which they bring alive their place, their locale. I would like to see stories like these taught in our high schools…. In Lambert we have a writer with the ability to layer experience so that one layer subtly comments on another, a writer with Alice Munro’s understanding of the human heart and with Yann Martel’s gift for inhabiting the hearts and minds of vastly different characters…. Canadian literature is thriving.”

“This is a fascinating book, a remarkable debut collection that demonstrates both seasoned craft and fresh talent…. The prose illuminates people as they are engulfed in their inescapable roles as daughter, brother, wife, lover friend, and yet through these roles, strike at something deeper, what Faulkner called ‘the old truths and verities of the heart.’”

“Shaena Lambert’s The Falling Woman has yielded but one criticism of her astute and assured debut – it’s too short. The 10 stories break your heart without malice, surprise with their elegance and provide an auspicious entrée to what appears to be a significant new voice in Canadian fiction.

“…Lambert brushes her sentences on the page with an unwavering poise, slowly layering in complexity and colour to build her stories… Solid writing, though, remains only the foundation of excellent short fiction, for the form also demands vision, meaning and a story. Lambert’s work possesses all of these.”

“The Falling Woman is a marvelous first story collection with nothing green or fledgling about it…her debut collection is remarkable for its mature craft, polished material and dark vision…the stories here are sometimes unsettling but always thought-provoking. Lambert’s intelligent, carefully wrought debut collection has been a long time in the making and shows it. Now if there is any justice, may it bring her overnight success.”

FacebookTwitterLinkedInWhatsAppEmail
Page load link
This website may use cookies to deliver services, such as to identify whether you've filled out a form or not. These do not allow us to access any personal data. Please click OK in order to continue using this website. OK